Refreshed from our summer vacations, we’re busying away in the full swing of Q3. Still, we couldn’t help but take a breath and have a look at how 2016 is shaping up; no doubt that there are interesting times ahead. 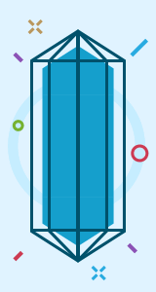 The Internet of Things.

With the power of the IoT becoming increasingly evident to marketers and consumers alike, we can expect that a product’s ability to adapt and function in the digital world will have an increased impact on the value of that product.

By 2020, as many as one trillion digitally-capable products will be shipped every year. More connected devices means new realms of functionality for end-users; for marketers, this means more valuable data on their usage, straight from the source. With the ball already rolling for the IoT, we can expect some exciting developments in 2016. 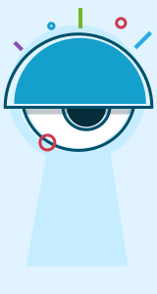 Since the term was coined back in 2012, the Dark Social has become ever more relevant in the way content is shared. While the likes of Facebook, Twitter and Pinterest are right on the radar of analytics systems, applications like WhatsApp, Instagram and Periscope are in the social shadows when it comes to collecting data on referral traffic.

Being kept in the dark for as much as 60% of all content sharing may sound alarming, but certain trends have been identified which are rather encouraging. For example, content shared via private channels tend to have a high clickback rate. But perhaps most importantly, the dark social serves as a healthy reminder that content’s quality is at the core of its shareability. If it's worth sharing, then it will be shared, one way or another. Providing this lesson is taken on board, we can expect some impressive content quality next year.

Words like "versus" and "war" have been thrown up when it comes to HTML5 and Flash, but we like to think of it as more of a transition. Adobe themselves are of the same mind, having assisted the Interactive Advertising Bureau in updating guidelines which will make HTML5 "the new standard in interactive marketing” within the next year.