Do you want to get a better understanding of your customers (and maybe yourself too)? Hopefully you do! Let's check out a few insights from modern behavioural economics, and learn how they can be used in digital marketing to better understand serve customers. 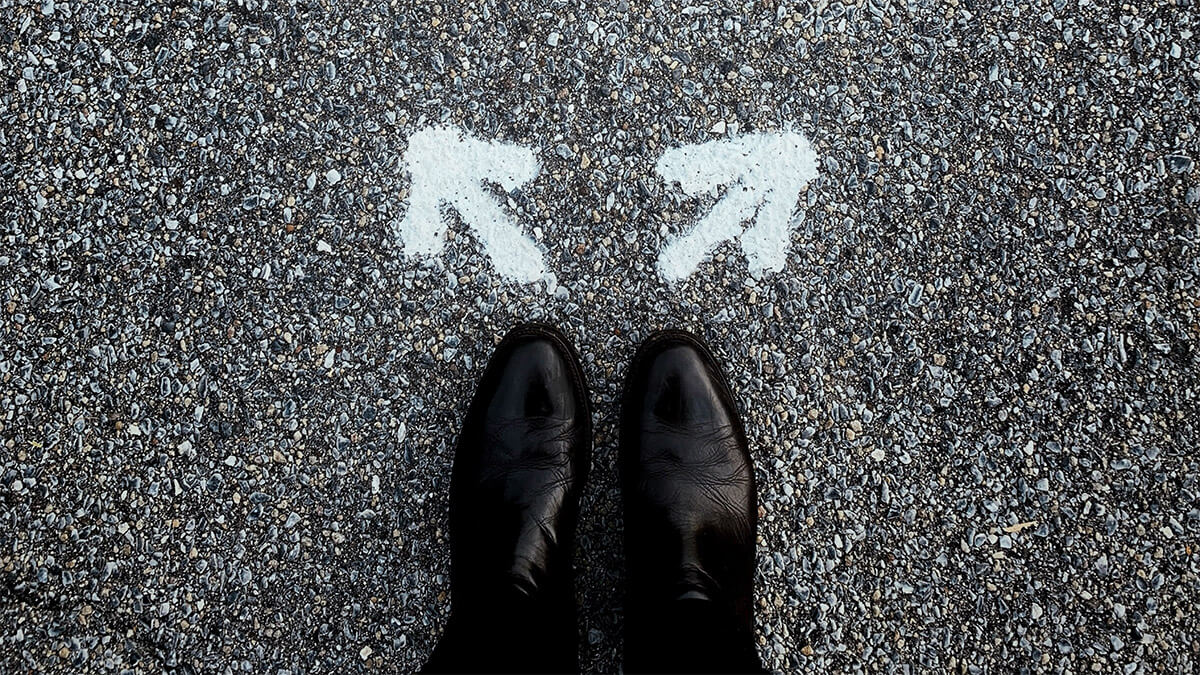 In a previous blog post we talked about nudge marketing. In short, nudge marketing is influencing customers’ choices with subtle changes, often to the way information is being presented. Nudges utilise the psychology and the understanding of the irrationality of human decision making. In this post, I’m going to talk in more detail about three important biases that affect nearly everyone's thinking and behaviour.

Status quo bias and the power of default option

Status quo bias means that on average people prefer their current state over change, without any particular reason for it. This is true on a bigger scale but also in very small details. That is why default options are one of the most powerful nudges. We are prone to keep things as they are. Because of this inertia - or laziness - default options get chosen far more often than they would if we thought through every decision. That’s why you should carefully choose the default options for when consumers makes choices in your digital channels. With good design, the decision making process can be more profitable for you and easier for your customer.

Probably the most famous example of the power of defaults comes from world of medicine, and more specifically, organ donation. In this case well-designed default options actually save lives. Basically, there are two ways to organise national organ donation programs. Either you need to opt-in if you want to be a donor, or opt-out if you don’t. It’s not surprising that in countries with an opt-in policy the donation rates are much higher.

In digital marketing, defaults can be used to increase sales by simply choosing the most profitable option as a default. There are numerous cases, but Netflix for example does this when you sign up. They have three plans you can choose from, basic, standard and premium. You can probably guess which one is the default. Defaults can also be used to nudge consumers to make choices they would like to make, but in real life rarely end up doing. According to a study from two years ago, 51% Americans are interested in buying carbon offsets in the future. Still, just 12% of them had done so. Some companies, for example Qantas Airlines, have tried to bridge this gap by setting carbon offsetting as a default option when purchasing their service or product. Today Qantas’ offsetting program is the largest of any airline in the world.

Anchoring is a cognitive bias that refers to a tendency to rely on one single (often the first) piece of information when making decisions. We compare the following pieces of information to that original anchor. Imagine you are browsing guitars on Amazon and see one you really like for 500€. The next day you go to a music store nearby and notice the same instrument but with a 400€ price tag. A bargain, right? Not necessarily, but the anchoring effect makes you feel like that. In your mind, the 500€ is the starting point and anything below it feels inexpensive.

The power of anchoring, and also its applicability in marketing, is portrayed well in the next example. In a study that was done for a group of students in MIT, the respondents were asked about their preferences related to subscribing to The Economist. There were three options. First, web only for $59, then print only for $125, and finally print and web for the same $125.

16% of the respondents chose the web only while 84% chose print and web. As one could guess, nobody chose the print only option. Why would you when web access was available at no additional cost? However, the seemingly useless option served as an anchor. The next survey (with a new group of students) proves it’s effectiveness. Now there were just two options. First, web only and second, print and web, with the same prices. This time 68% chose the web only and only 32% took the more expensive option.

Next time  you are planning how to present your offering online, give a thought for anchoring. Well-placed anchors can guide your customer in the direction you want them to go. With relatively small changes, you can radically change the way the customer perceives the value of your products or services. If you want to increase sales of a mid-tier product, place a banner of a premium product next to it and customers will feel they have found a really good deal.

A marketing blog post about heuristics wouldn’t be complete without a few words about loss aversion. It can be extremely effective if used well. And indeed, it's possibly the most commonly utilised cognitive bias in digital marketing. I also believe it's the one that has been misused the most.

The concept of loss aversion was identified by Nobel-winning behavioural economists Amon Tversky and Daniel Kahneman. They found that people value loss much more than an equivalent gain. In other words, humans hate losing something they already own - or feel they own.

Want to test it yourself? It’s easy. Would you take part in a gamble where you have 50% chance of losing 100€ and 50% chance of winning the same amount? If your answer is no, you are loss averse. What would be the lowest acceptable win for you?

As I said, loss aversion is being used in digital marketing all the time. Open any online store and you are faced with a tidal wave of messages that tap into loss aversion by creating a sense of urgency. “Just 2 left”, “Deal of the day”, “LAST CHANCE”.  Even though here the customer doesn’t physically possess anything yet, they possess the chance of buying something. Losing that opportunity hurts.

These tricks are undoubtedly effective, and they can drive up your conversion rates. If the quantity is actually limited and it’s believable, then using these tactics is a no brainer. When a customer is browsing hotel rooms and they see a banner telling them that there’s just 1 left, it creates a true sense of scarcity. They will then likely make the decision faster. What’s better, it can be a good thing for both parties. You get your sales today, and the customer doesn’t miss the perfect room with a beautiful view and suitable price. Not only don’t they miss it, they may also get a positive feeling of being the lucky one getting that room.

In some other cases loss aversion tactics are being wildly overused. If the “last chance” occurs twice a week, the effectiveness reduces, and in the worst case you eat up the credibility of your brand. Your customers will wait for the next sale and never buy at full price. It’s safe to say that if the purpose is simply to trick the customer to make a bad deal in a rush, these nudges can quickly turn to be harmful for the business too.

Loss aversion marketing, as any other form of marketing, should be designed with long-term goals in mind. When used with integrity, it can be both effective, build up your brand, and make your customer happy.