‘Above the Fold’ is a phrase most web designers are familiar with, having no doubt been repeatedly drilled into their creative minds for years at university. But do the techniques associated with ‘Above the Fold’ still apply? Let’s find out. 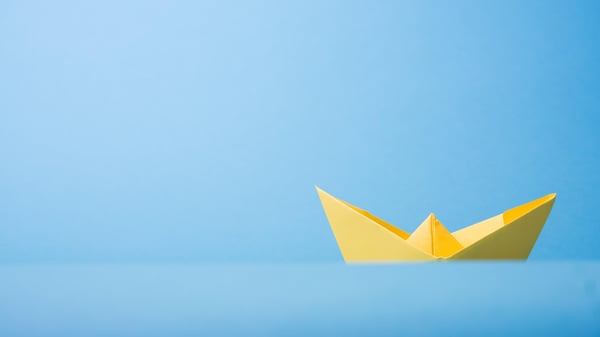 ‘Above the Fold’ is an old printing press term. In the past, newspapers were made with large sheets of paper not particularly suited to being displayed on stands with limited space. As a result, they were folded, leaving the front page partially visible. ‘Above the Fold’ referred to all the content that was still visible to those that walked past the newspaper stand. To grab a potential buyer’s attention, images and striking headlines used to sit above the fold, as they would be the first things a passer-by would see.

...and in the context of web design?

Following the great shift from print outlets to online news, the principals of ‘Above the Fold’ were applied to web design. Of course, there is no visible fold on a web page per se; the fold in this context relates to what content is displayed on a user’s screen when they arrive on a website.

The ‘fold’ line of a website is hard to measure due to varying monitor and screen sizes on desktops, tablets and mobile phones. However, many designers agree that the average ‘Above the Fold’ section of a web page exists approximately 1,000 pixels wide and 600 pixels tall.

As with print, placing ads and important content above the fold will still catch a reader’s attention, however, the principals of ‘Above the Fold’ design have expanded beyond the term’s original definition.

Plot twist – turns out a term originally coined for use in print media might not fully encompass everything a fully interactive website might have to give. Who’d have thought?

Web design has evolved drastically since the early days, making it easier and more effective for users to scroll up and down through a website’s content. Web designers have come to realise that users would much sooner scroll down than click through to a new page for more information. But what does this mean in practice?

“Above the fold” is a concept that digital designers take into consideration, but it has evolved drastically. The job of the content that sits above the fold is simply to get the users interested. You don’t have to squeeze everything in that space; you simply need to trigger the action of scrolling. The actual core of the site and where you want to set the user’s attention can be below the fold. Think about it as an iceberg - you can only see 10% of the ice above the water, but 90% is below the water. It’s the same with a website. The myth is that people don’t scroll, which is false; people do scroll if they are interested in the content.”

If you're interested in working for Luxus, visit our Careers page for all our latest vacancies.