According to the UK Office for National Statistics (ONS), some 1.5 million people in England are at high risk of losing their jobs due to automation [I]. With figures like that, it’s perhaps not surprising that there's both excitement and some anxiety surrounding automation, a lot of which is aimed towards Artificial Intelligence (AI). 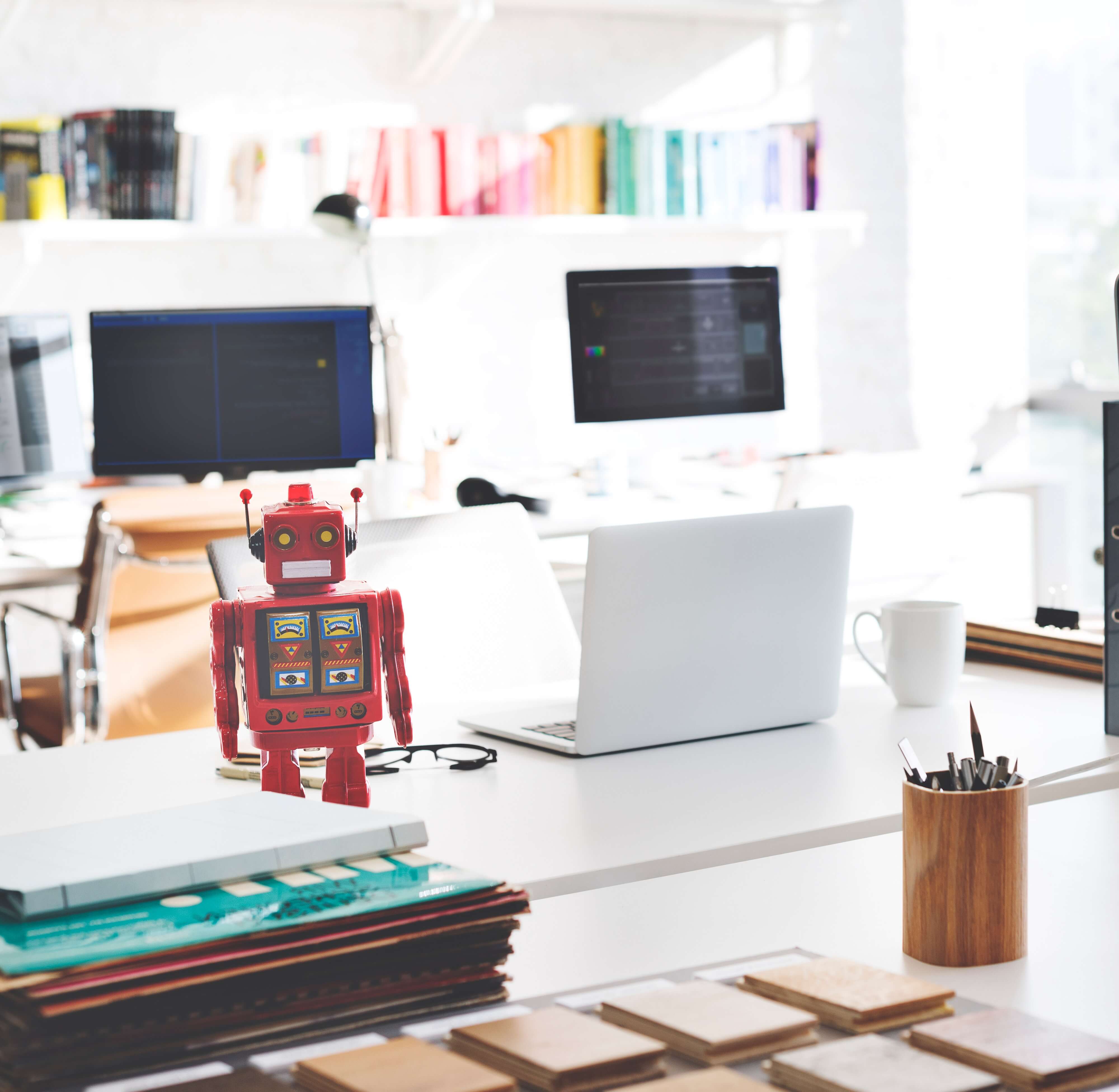 On a scale of 1 to Skynet, how nervous should say, an SEO specialist be?

A solid 2.5. Your old pal Katherine the SEO specialist won’t be being replaced by a web-optimising Terminator anytime soon (though that does sound quite cool - no offence Katherine). That said, it’s not implausible to think that sometime in the future machine learning and language models may be able to rival Katherine's razor-sharp optimisation skills, but who knows how SEO itself may have evolved by then?

Digital marketing business strategist and CEO at Human SEO Shannon Steffen puts it perfectly. When asked if she expects AI to replace SEO professionals, she said:

Let’s take a closer look at one of Steffen’s examples – natural content.  Have a read of the example extract below:

David’s Media Company on Monday reported first-quarter profit of 5.5 million dollars. The Washington DC based company said it had profit of 10 cents per share. The results beat Wall Street Expectations. The average estimate of four analysts surveyed by Jonahs Investment Research was for earning of 9 cents per share. The restaurant operator posted revenue of $100.7 million in the period, also beating Street forecasts. Three analysts surveyed by Jonahs expected $87.2 million. David’s shares have risen nearly 5 percent since the beginning of the year. In the final minutes of trading on Monday, shares hit $10.90, a climb of 52 percent in the last 12 months.

David’s Media Company notched a grand slam of its own in the first quarter, earning a better-than-expected ten cents a share, as restaurant sales jumped by more than 7 percent. Operating revenues topped $100 million. Adjusted net income jumped 36 percent to $6.3 million. David’s is one of the nation’s largest full-service media companies. The growth in sales suggests consumers are opening their pocketbooks for more TV ads, banners, and social media influencers. Earnings were also helped by lower costs for software but higher asset creation. David’s results were also helped by the re-launch of the website and pushed for a bigger online presence. After sales grew faster than expected in the first three months of the year, managers raised their sales forecast for the remainder of 2015.

You’ll notice the difference between both stories immediately. Story #1 is very factual and robotic, while Story #2 uses those statistics and figures in support of the overall point the content is making. This writing style engages readers more effectively than the bare statement of facts seen in Story #1. You can rely on computers to write your ad copy for you, knowing they will include important targeted keywords, but is that enough to make the customer click on your ad?

If you ask any SEO or content specialist, you know that just including certain keywords in the copy is not enough to keep users interested in your content, which may end up wasting well-targeted leads.

Of course, mimicking a more human writing style could eventually be programmed into automation tools, but true Natural Language Generation (NGL) isn’t that advanced at present. B2B services such as Wordsmith from Automated Insights is able to connect your content data to factual statements (as seen in Story #1 above) - but we’re a long way off from truly matching human creativity.

That’s not to say that machine learning and natural language generation and processing don't have a massive role to play in the future of SEO.

Carl Sandburg once described time as ‘the coin of your life’. Why spend it doing monotonous, lengthy tasks when you don’t have to?

SEO can involve a lot of time-consuming work, work that humans hate and machines love. Automation tools powered by machine learning and artificial intelligence are a fantastic way of freeing your SEO teams from this burden.

SearchEngineLand has done some great research [iv] on estimating the average number of hours it takes to complete keyword research based on the number of pages a site has. They've discovered the average number of hours ranges from 5 (micro pages) to 28 (extra large pages) which is almost equivalent to a normal 9-5 working week. That’s just not a good use of Katherine’s time, is it? Here, automation would be extremely useful in saving SEO specialists time.

Luckily for us, there are already a number of time-saving tools out there. At Luxus, we've often relied on computer tools such as SEMrush and Moz to help extract long lists of keywords, complete site audits, keyword research,  even suggest content themes and pull in large amounts of meta data for us. Moz Keyword Explorer, in addition to collecting closely related keywords, also provides clever suggestions on how to use them.

For example, Moz Keyword Explorer Tool can take the general phrase "weight loss" [iv], and suggest very closely related phrases such as “weight loss pills”, “weight loss food”, “weight loss calculator” that are likely to perform well. The tool may suggest a key phrase like “foods that help burn fat for men”, which can enable you to target users who search for different, but related content and bring more traffic to your page. Other tools like SECockpit claim to process and analyse up to 200 keywords per minute, where other tools take a minute or two for a single keyword.

As we’ve discussed above, machine learning and automation can deliver exceptional time-saving benefits in some areas, including SEO. The more heavy lifting that can be done by automation, the more free time you have to work on the tasks that are best left to humans. This might mean thinking of new marketing strategies, finding new ways to solve client requests, or simply spending more time crafting engaging content. Ultimately, we are still very much in control of the technology we use and should be continually measuring its business impact. So, in short, there’s not a whole lot to worry about for the foreseeable future, our brains still have value and machine learning can make the lives of SEO specialists a lot easier.

Want to know more about our SEO & analytics services? Contact us below, we’d love to hear from you!