It’s official, I’ve survived my first week as an intern at Luxus London. Well perhaps ‘survived’ is a bit much, it’s been great! As a floundering graduate thrown right into the deep end of digital marketing, it’s been a remarkably smooth transition. I’ve learnt a lot, met some great people, and have plenty of stories to tell. Here’s how my first week went… 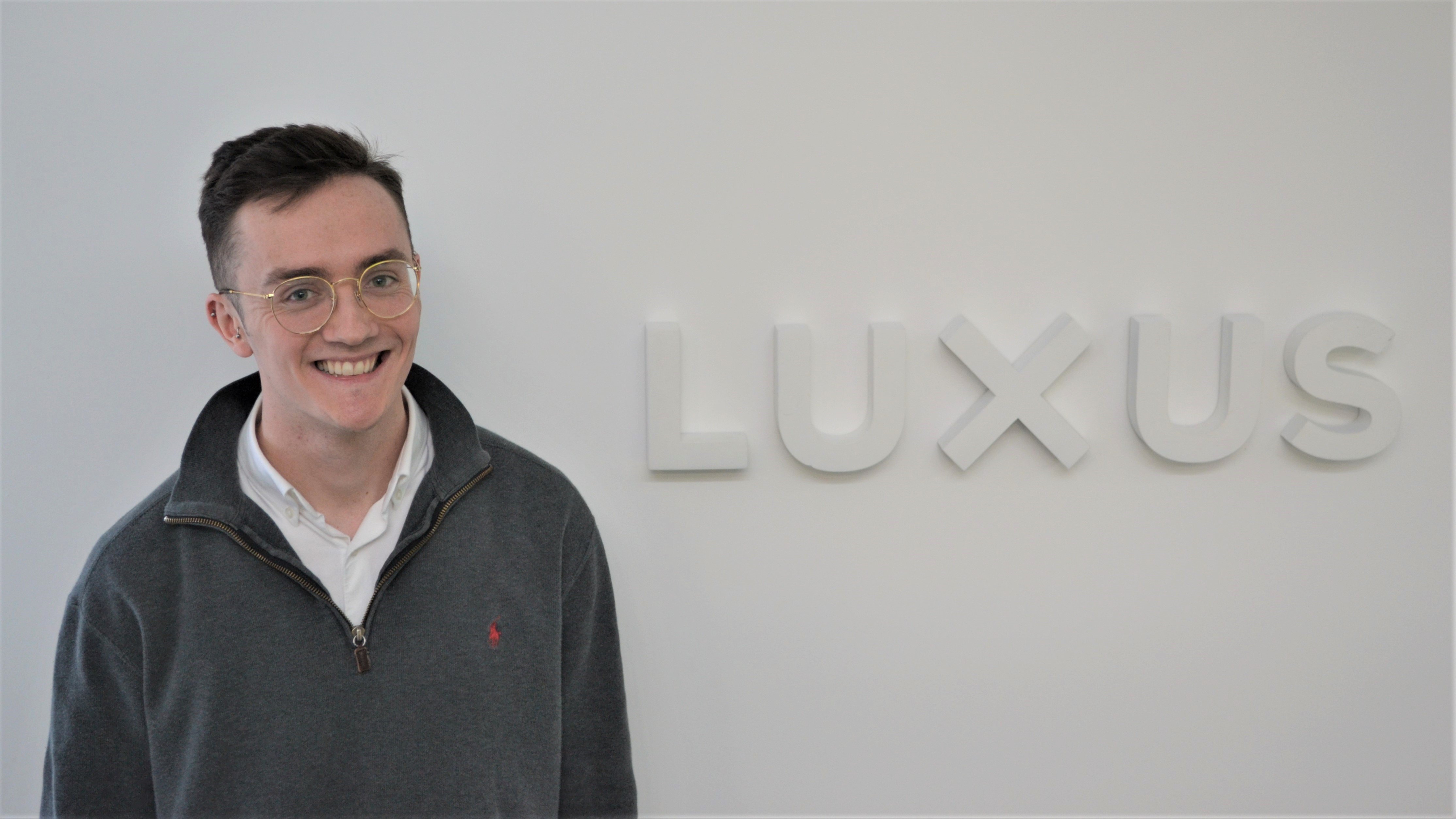 I arrived at 11am on Monday equal parts nervous and excited. This is after all my first ‘proper job’, as mum and dad put it, having dabbled as a barista, laborer, receptionist, sommelier, and children’s shoe fitter with varying degrees of success.

I’m not sure what they thought I was doing in those other roles for them to not qualify as ‘proper’? Something to do with the commute perhaps. After all, I never thought I would share so much in common with a sardine.

Having been introduced to a few new faces and handed a laptop that has given my personal device an inferiority complex, I used the morning to get set up on all the tools and websites I would need. It was a lot to take in, but I got to grips with everything soon enough.

More complicated than the internal systems however were the numerous options for lunch. I opted for a falafel wrap from a nearby stand and promised myself that I wouldn’t buy lunch every day this week. There’s always next week, right?

After lunch I had the first of many meetings. A brief introduction and catch up with the COO was followed by an introduction to key client accounts, and so I spent the rest of the day familiarising myself with the companies Luxus works closely with.

Tuesday was spent in a similar fashion, meeting with other members of the Luxus team and finding out exactly what it is they do. It was around this point when I realised that my new colleagues are a), really smart, and b), take huge amounts of pride in what they do.

This means not only are they interesting people to be around, but also that I have a lot to learn from them; it’s a nice balance to have struck. For example, this week I learnt a bit about Google analytics while also developing a newfound appreciation for podcasts.

So, on my way to a big client meeting on Wednesday I sat listening to my podcast, all the while trying to process the morning’s research I had done. In total the meeting lasted three hours, the important business proceedings scored by the sound of an intern frantically taking notes.

Having looked back on those notes, it paints a picture of both the exciting nature of my internship as well as the room I have to grow into the role. There was lots I didn’t quite understand, but also many things which I found fascinating and helped to clarify aspects of the business.

I was, however, vaguely disappointed that I wasn’t awarded an honorary business degree for my attendance of such an important meeting. I took solace by returning home and explaining to my family that I was now a high-powered businessman by proxy. They didn’t seem to buy it.

Commuting to work on Thursday by tube rather than private jet, I resumed my meetings with other members of the team. We spent some time looking over snippets of the work Luxus does in-house, as well as their recent projects in 360 video and VR.

These were for lack of a better term – pretty cool – and something I hope to get involved with more as time goes on. This led nicely into another catch up with the COO. He explained to me that my resting face is one of perpetual concentration, which made it hard to tell if I was enjoying my time at Luxus thus far.

As I have hopefully made clear to you dear reader, my answer was unequivocally yes. To be asked in the first place meant a lot, and I think that people and employee first ethos underpins a lot of what Luxus does. It’s certainly one of the things I’ve discovered this past week.

On Friday I was tasked with doing some research on using podcasts as marketing tools, which seemed apropos given my experiences thus far. I was also given my first substantial task: write a blog post about your first week at Luxus London.

Sitting on the train home on Friday evening, I took some time to reflect before completely shutting my brain off for the weekend. I had compiled some notes on everything I had done Monday to Friday, but they hadn’t really captured the experience of it all.

On reflection it struck me how dynamic and varied the week had been, and how despite the deluge of new information I still felt as though I had a firm grasp on everything. For that I have the whole Luxus team to thank – both here in London and those across the globe.

And so now we have come full circle. My second week has just begun and I’m just as excited as ever to get stuck in. It’s been a great experience so far, and I can’t wait to build on all the things I’ve learnt.

But I’ve got to go, heading out for lunch in a minute. There’s always next week, right?