This month, we wanted to contribute to clearing the name of a digital marketing phenomenon that has recently caused controversy in the media sphere.

For a few years now, native advertising has been a hot topic in the digital space. With marketing budgets moving rapidly towards the debated ad format, we thought it was high time to discuss its implications to marketers, publishers and consumers. But unlike many recent articles on the subject, we wanted to focus on the positives. In fact, when the ethical and practical considerations are duly factored in, native advertising can add some serious value to all parties involved. 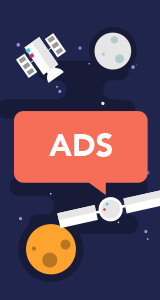 In simple terms, native advertising refers to matching the form and function of a digital ad to its surrounding content. Although native advertising is often confused with content marketing, it is crucial to make a distinction between the two: while content marketing also focuses on creating and distributing relevant and targeted content to users, it must happen on the brand’s own soil. In other words, as soon as a brand buys display space from an external media, we’re talking about native advertising. Correspondingly, a display ad can only be considered native if it blends into its neighboring content.

A recent study suggests that:

Native advertising has been widely criticized for obscuring editorial lines, compromising publishers’ integrity and even bastardizing the practice of journalism. While camouflaging ads to make them look like news stories doesn’t immediately strike as an honorable objective, many publishers are disputing the criticism by stating that sponsored content is, and always will be, labeled as exactly what it is. However, to a large extent, publishers can be held responsible for training the eyes of their readers: from the start, transparency should be their first priority.

When carried out responsibly, native advertising offers three-fold benefits: it provides marketers with a new way of engaging with their audience, publishers with a much-needed source of revenue and consumers with useful, interesting and highly targeted content. If you're still not convinced, just think of native advertising as the bridge that connects users to better, less disruptive online experiences. And if that's not enough, consider it as the lifeline for online publishing.