Even the punchiest, most direct and engaging copy will fall flat if it is displayed in black text in front of an image taken at the bottom of a well, on a camera with no flash. Similarly, impeccable design will fail to make the necessary impact if every CTA is two sentences long and primarily concerned with quoting ABBA lyrics. It’s no wonder then that copywriters and designers are best friends. The maximum potential efficacy of both disciplines is almost always dependent on that of the other.

Such is the relationship between design and content teams that in recent years some of the world’s biggest businesses have started hiring dedicated UX Writers [i]. In this article we’re going to evaluate this new breed of digital professional, the skill of UX writing itself and the value both can bring to modern businesses.

UX writing is the art of producing all the content a user will come across as they navigate a digital product; be it an app, webpage or registration form. UX writers are dedicated to making said copy as intuitive, clear and precise as possible. This­—in combination with clean web design—is a critical part of creating engaging, frustration-free user experience.

At this point you might be asking yourself, where does UX writing divert from traditional digital copywriting? It’s a good question, and one there isn’t an obvious answer to.

Any copywriter working in the digital medium, and it’s difficult to think of any that aren’t these days, will have been doing UX writing when UX Writers were but a twinkle in the industry’s eye. So, how can we explain the growing popularity of UX writing as a profession?

Is it really a job?

Confession: I wasn’t immediately sold on the idea of UX Writers. This may be because, me being a copywriter and all, I didn’t necessarily see the value in paying someone a full salary to fulfil just one aspect of my job. Who are these entitled new kids on the block anyway?

It really comes down to a question of a demand. We noted at the beginning of the article that some of world’s biggest companies are hiring UX Writers. It’s safe to assume you don’t become one of the world’s biggest companies by making poor hiring decisions at scale. It’s not hard to imagine that yes, Amazon probably could find a use for content professionals solely focused on making life easier for the millions of customers frequenting their site every minute of every day.

Even in smaller companies there are potential resource management benefits to hiring UX Writers, benefits we’ll be discussing in 3…2…1…

Having already made a song and dance about the importance of design and content teams working closely together, it’s important to note that this doesn’t always happen. Part of the issue can be the way project managers categorise different disciplines working on their projects as well as how they organise their workflows.

Ideally, you want to start every creative project with design and content teams in the same room working together to chisel out a concept. However, this isn’t always possible. Workload tends not to run parallel across different teams. Some weeks design teams might be swamped, other weeks copy might be snowed under. With this in mind, it can be difficult to facilitate the cross-team collaboration that almost all project managers know is valuable, but often fails to occur simply due to the realities of everyday business. UX Writers might be the perfect solution to these challenges. 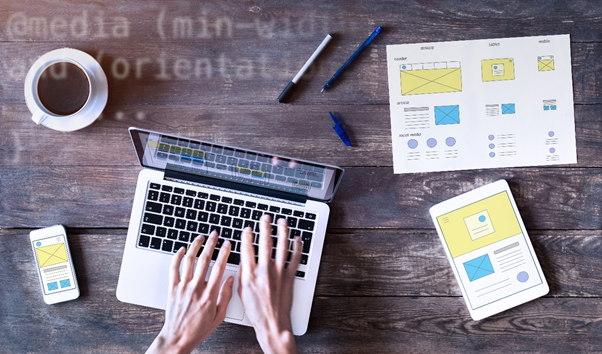 The UX Writer position essentially pulls out a sub-skillset of copywriting, slaps a medal on its chest and says “Congratulations, you’re joining the big leagues!” In doing so, the happy union of design and content is formalised under a shiny new profession.

The result? It suddenly becomes a lot easier to resource vital content support for designers. This is because UX writers aren’t time-sharing their day between writing the blogs, whitepapers, EDM messaging and so on that copywriters have traditionally had to juggle alongside their UX writing duties.

We’ve now discussed the need and benefits of hiring dedicated UX Writers, now let’s explore the benefits of UX writing as a skill.

A useful notch on every designer’s belt

A designer with capabilities in UX writing is just as useful as a copywriter with some basic wireframing skills. Auxiliary skills—especially inter-disciplinary ones—make everything easier, if a designer doesn’t have to worry about recruiting a copywriter to help them craft the perfect CTA they can achieve more independently, saving time and allowing the designer to express their vision in greater detail. Likewise, it’s easier for those providing the feedback to respond to work with a well-defined and consistent sense of direction.

In general creative feedback can often be allusive or imprecise, which is to be expected in any subjective medium. Every designer at some point in their career will have received comments like “it’s not quite right”, “not feeling it just yet”, or “we’re getting closer but there’s still something missing”. Anything a designer can do to mitigate such comments is a good thing, which is no doubt why UX writing has been hailed as design’s new “unicorn skill” [ii].

UX Writers are here to stay and as long as a business has the demand to justify paying another salary, they can be an incredibly useful resource with real value in accelerating design processes. It’s important to remember that in most cases if you employ traditional digital copywriters then you already have a team of practiced UX Writers to call upon. However, if resourcing struggles are preventing your design and content teams from collaborating effectively, consider hiring a UX writer to get things moving.

Alternatively, you might wish to instead invest in training your existing design team in the art of UX writing. Unsurprisingly, as UX Writer vacancies continue to grow, so do the number of UX writing training opportunities.